You are here: Home / Events / Gastroenterology Patient Symposium: Session One

From my notes taken at the recent gastroenterology conference… The first session was Professor Sanders, talking about food intolerance in daily life: any errors are mine, due to the speed of note-taking! 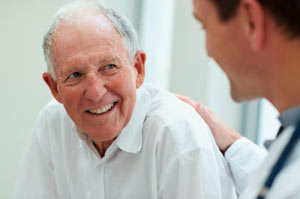 Did you know that the percentage of people reporting food intolerance in the UK is between 2 and 20%?

The top end of this is a surprisingly high figure, but covers a wide range of symptoms and underlying problems.

As an indicator of the rise in interest in food intolerance, Professor Sanders pointed to the rapid rise in the number of medical papers available on PubMed in each year:

So there is a high level of interest within the medical profession, presumably because of the many people reporting problems, and the effect that these problems can have on the quality of life.

Professor Sanders spoke out strongly against some of the allergy-testing services available on the open market; he said that these can be very non-specific, and inaccurate, but that the most distressing part of the popularity of these tests is that patients pay for them out of desperation, because they have symptoms that are not being dealt with.

He made it clear that there are differences between disease, allergies and intolerances, but he also made it plain that he felt that intolerances should be dealt with and the symptoms treated, because this helps improve quality of life for patients:

So, he suggested, no matter where you fall along this spectrum, don’t hesitate to ask for help. Even if all that can be done at the moment is to treat the symptoms of intolerance, that would help improve things on a day-to-day basis.

Is bread making us ill?

Should you be Gluten Free – Quiz Review