You are here: Home / Living Gluten Free / Hello, this is the BBC 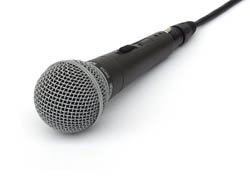 If you were quick, and just happened to be listening to BBC Three Counties at 11:55 last Friday, you would have heard me on the radio, talking about coeliac disease and prescriptions.

The thing that is most exciting for me about this (apart from the phone call saying ‘hello, this is the BBC here’, which will probably never happen again) is that they found this blog via a Google search. I was just thrilled by this – imagine, the BBC searching the net and ending up here?

I was talking about how likely it is that the NHS will have to abandon its policy of providing gluten free food on prescription.

The reason for this is, I think, that if 1 in 100 people in the UK do turn out to be coeliac, and if over 80% of prescriptions are provided free of charge (as they are – read more about getting your prescriptions for free or at a reduced rate), then this will prove to be prohibitively expensive for the NHS.

Yes, I know that the reason for providing the basics of a gluten free diet on prescription is an attempt to ensure that people comply with the gluten free diet, reducing the likely expenditure for the NHS in the future if people go off-diet and develop health issues (which you would). But with the increasing availability of a variety of flours, as well as of purpose-made gluten free goods, in the supermarket, I think the NHS might reasonably argue that a gluten free diet could be achieved without too much extra expense.

How much is too much more expense? Well, I heard an estimate that (allegedly) came from Coeliac UK that here in the UK a coeliac pays £13 extra per week on groceries. For some people, this will be too much. Perhaps the NHS could reduce the overall bill for gluten free foods by concentrating the free provision on those on low incomes?

My own thought is that if those manufacturers who currently supply the NHS (and only the NHS) had to compete on the open market with those suppliers who do not supply on the NHS, not only would the open market increase in size, because more people would be buying their foodstuffs, but the price might also come down.

This is a massive issue waiting to erupt here in the UK. What do you think – should the NHS continue to provide gluten free food on prescription?