You are here: Home / Living Gluten Free / Is there lecitem in your toffee apple? 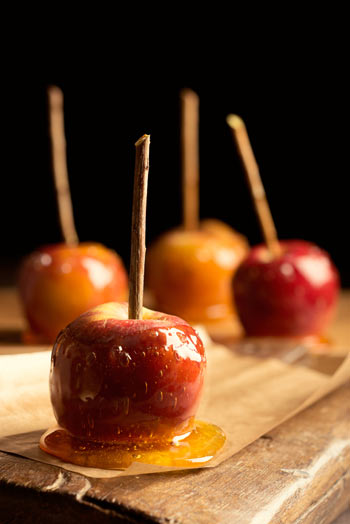 Have you ever heard of lecitem?

I hadn’t, until coeliac daughter told me about it recently.

She’d bought a toffee apple (her first ever) as a reward for herself after an interview, but discovered it was not gluten free, since it contained lecitem.

Lecitem, it turns out, is a type of bread improver, and contains malt and wheat gluten. When used for bread, it makes it more ‘machineable’ – silkier and smoother – especially if you’re using a high speed or spiral mixer. Perhaps, when added to the toffee, it makes it run through the machines better?

In any case, it was a surprise to me, and a disappointment to her. The things they decide to put gluten in!

So I made her toffee apples. I’m such a mean mother: I’d never done that before.

I used this recipe, based on the one from BBC Good Food:

Make sure the toffee is cool before you eat it!

What’s in your gluten free biscuit?