There’s a very interesting thread on the messageboard today, about what our children are being taught in school about gluten and coeliac disease. 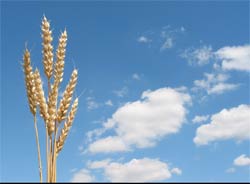 A mother has written a post saying (about her teenage son): “In his GCSE food tech lesson,his text book states flour is safe as gluten is only formed when it gets hydrated. His teacher is now telling him and the rest of his class he should be able to eat wheat flour crumbles, biscuits etc. And can work with wheat flour and breathe it in. i’ve spent years teaching him and this book and his teacher has put doubt in his mind”. (Note for those not in the UK: GCSEs are the exams young people take at 16).

This has – naturally – caused shock and consternation, and has led people to identify a whole range of misinformation being provided by schools, such as … one school’s revision guide which implies that just as if you don’t have enough iron, you get anaemic, if you don’t have enough gluten, you get coeliac disease. So very wrong! Another: an examination board appears to believe that adding fat to flour “coats flour grains to stop gluten forming when water is added, to make sure that the pastry has a short crumbly texture”

For the most part, this isn’t the fault of the school, as textbooks tend to be taken as truth – but as we all know, nothing and no-one is infallible. Unfortunately, once something is published, it tends to replicate across other publications.

The really shocking thing about this is that the teacher won’t believe that the text book can be wrong, won’t let the child take the book home so that the parent can check the information, and was scornful of the idea that the mother could correct the examination board.

The advice of the messageboard today was that the mother should contact: the school governors, Sarah Sleet (CEO of Coeliac UK), the examination boards and the publisher of the offending textbooks.

What would you do?

Can you get gluten free school dinners?

Gluten Free Bullying – is it happening to you?

Gluten free (without me)