You are here: Home / Living Gluten Free / Sister of a Coeliac 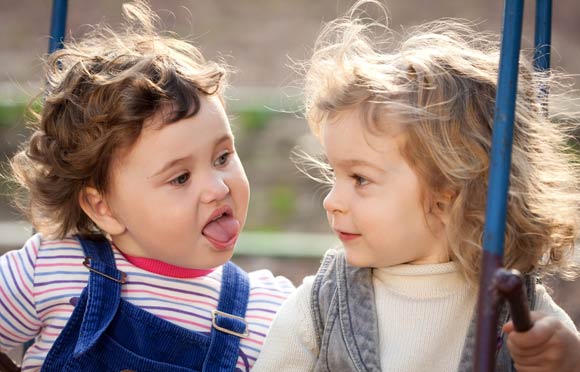 Being the sister of a coeliac was definitely difficult for me at times, especially as a child. Not nearly as difficult as it was for her of course, but it had small effects on me and my brother. Why does she get special food? How come her food gets a separate cupboard? Why aren’t I allowed to eat that? But it became normal as I grew up with it. We’re best friends of course, but sometimes I was jealous of her. I wished I had coeliac disease. She got all this different food, she got to go out to ‘gluten free food tasting things’ with my mother, she got more attention because she was ‘special’.

I often got told off for asking her why she couldn’t take one bite – not even a crumb? – because I didn’t understand the effect it would have on her or how little it takes to make a coeliac ill. Now I’m a teenager, I know why she gets different food, and often more of it, but it was hard to grasp this concept as a young child who couldn’t quite understand invisible illnesses.

Each time someone at school said the word ‘gluten’ or ‘coeliac’, I’d jump at the chance to tell everyone about my sister and her ‘special tummy’. She’d feel embarrassed sometimes when she had to bring her own food to a party, and everyone ‘watched’ her. It was even worse when people offered her food and, feeling rude, she had to decline, simply because she couldn’t eat it. These people would almost always have a moment of realisation a few seconds later and fuss around her, offering her this and that and she’d try to hide from all the attention.

I can see why she gets so excited when she discovers a new occurrence in the gluten free world – Warburtons making gluten free bread, or new discoveries such as gingerbread men, or even, more recently, puff pastry. And I can understand her disappointment when supermarkets make the gluten free section smaller at Christmas to make room for all the gluten filled produce on their shelves.

I realise I take these things for granted and often forget that she might feel resentful that she doesn’t get to eat the same food as us. Not that she would, she’s hasn’t got a jealous bone in her body. Perhaps it’s the gluten free diet that makes her more understanding. She’d always listen politely while I complained about my brother scoffing our entire packet of biscuits and how she was so lucky to not have to share. She’d just try to convince me to go gluten free.

Are you an attention-seeking fraud?

Eating Gluten Free and Rule 17b