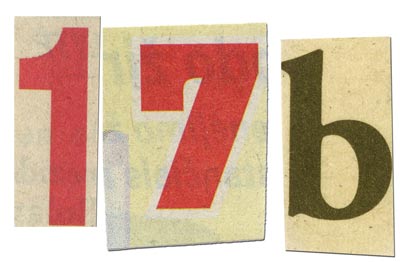 Every family has its own traditions and in-jokes. One of ours is Rule 17b.

When my children were little, and we were trying to teach them acceptable table manners, the number of rules about what they should/shouldn’t do at the table seemed to get ever longer.

Rule 17b came about as a joke rule—something to do with not-deliberately-humming-in-a-way-that-annoys-your-sister-at-the-table—and is now used as a general hint about behaviour.

One of the rules that my sister has is that no-one should be rude about anyone else’s food. As an experienced foster-mother, she’s dealt with a lot of children with a variety of food-related and behavioural issues, and I was impressed by this rule when I first heard her invoke it.

I wished I could have used it the other day. My coeliac daughter—a Young Leader at Guides—was eating, picnic style, with her group of Guides, and one of them commented on her food:

“Oh yes, I used to have to eat gluten-free. It’s disgusting, isn’t it?”

Hmm. My daughter has a core of steel, and wasn’t affected – but someone younger, more recently diagnosed, or struggling with the diet might have found this kind of comment very hard to deal with. Especially from someone who presumably has experienced the difficulties of a special diet – and who was certainly old enough to know better.

Definitely a call for Rule 17b, which may need to be rewritten:

“No-one should be rude about anyone else’s food.”

Sister of a Coeliac

“My children don’t do wheat-free.” What?