You are here: Home / Living Gluten Free / 6 reasons why having coeliac disease is like having a tattoo 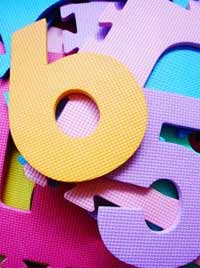 I just have to point you to this picture of Jessica Pikul’s tattoo, which I saw on The Loom blog today.

It is an image of one of the segments of the gluten protein that coeliacs can’t digest, placed in front of a spacescape.

Jessica’s explanation of the tattoo is that it is describes the ‘universality of the physical laws that govern the microscopic and the macroscopic’.

I’m not quite sure what she means, but one meaning could be that she (living, breathing, thinking, complex being) can’t escape her genes … and it started me thinking.

Why would you want a tattoo? (I’m just squeamish)

Why would you want an image of a gluten molecule on your thigh? (It is rather beautiful – but unusual!)

What is the link that Jessica sees?

Is she as open about being a celiac as she is about displaying her tattoo to the world?

This is the best I could come up with. Jessica – if you’re reading this – please explain?

Six reasons why having coeliac disease is like having a tattoo:

I wonder how many other coeliacs there are with tattoos – and whether there is anyone else at all who has tattooed the gluten protein onto their bodies?

I suspect that Jessica may be unique in this, at least.

Not just a fad