You are here: Home / Getting Started / Foods to avoid if you are avoiding gluten 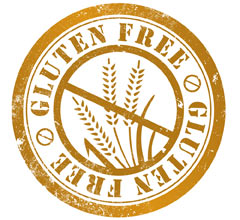 We’ve discussed what you can eat: what can’t you eat?

Medium answer: wheat, barley and rye – recent studies indicate that some coeliacs can tolerate contamination-free oats in small portions. Best to check with your consultant or dietician, and perhaps get fully back to normal before trying oats. We’re not giving oats to our daughter yet – though she’s been diagnosed for 10 years.

Long answer: look out for the following ingredients …

Most of these items are rarely seen on ingredients labels. You will quickly get used to what is and what isn’t going to be OK to eat. Sausages, for instance, almost always contain rusk. Burgers sometimes do. And labelling is getting better.

Some gluten free breads and other products contain wheat with the gluten removed to CODEX Alimentarius standards (i.e. very low amounts remaining – less than 200 parts per million). If you must be wheat free, you should avoid these CODEX products because they still contain wheat. It is possible, if your symptoms are not disappearing, that you are a sensitive coeliac and should also avoid these CODEX products.

The list of things you can eat is much longer than the list of things to avoid. Unfortunately, the bad things are widespread, and you must check everything until you are used to the diet. And then check some more, because things change:

Foods you can eat and avoid gluten