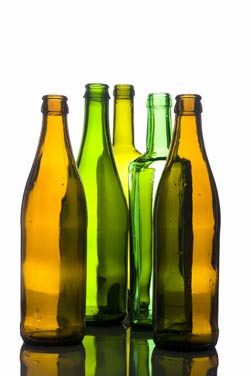 In case this gets lost in the depths of this ever-growing site, I thought I’d highlight a comment recently left by Jason (for Stacey) on an earlier post about drinks you can and can’t enjoy if you’re gluten free.

Stacey was discussing vodka, and said:

I’ve read that vodkas are gluten-free, but when I drink some of them, I have a definite gluten reaction. I’ve lived for forty years without being diagnosed w/Celiac Disease (my intestines were so messed up I began developing allergies/reactions to two hundred different foods – what a mess), but it’s hard to ignore the migraines and throbbing cysts I get when I take in any form of gluten. Because many vodkas are distilled from grain, this makes sense to me, so why would all vodkas be labeled as gluten-free? I’ve since discovered one vodka, Chopin (potato vodka), which I seem to be able to handle.

I’ve actually had an interesting conversation with some people from the Bundaberg rum distillery recently (my wife and I visited there just before Christmas).

They’ve said that the distillation process renders the rum gluten-free, but some people with Coeliac disease still get a reaction. This is not because there are traces of gluten at all, but because some of the other water-soluble proteins do get carried across – and some people who have very extreme reactions to large numbers of things react to these proteins as well. So, it’s not really a Coeliac reaction but another disease – but since they are both protein reactions the symptoms are likely to be very similar.

I have had some of their rum recently and didn’t have any reaction to it at all, so I suspect that you fall into the group of people who react to some of the soluble proteins.

Now, obviously we don’t know whether this is true of Stacey or not, but I thought it might be interesting to those of you who do react to alcohols even though they are gluten free. What do you think?