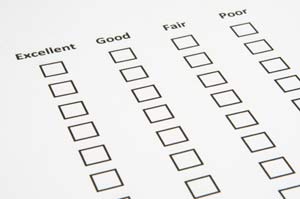 Have you ever wondered how foods get from idea to plate?

I have, so I’m always interested in finding out how companies go about product development.

Recently, I was invited to join a Dr Schär tasting panel, at an agricultural college in rural Cheshire. (Dr Schär is the company behind several brands. In the UK, these are: DS-gluten free, Glutafin and TRUfree).

The idea was to help them in their product development process. Dr Schär are interested in looking at two things:

So they’d invited coeliacs to bring along a ‘mainstream’ friend or family member, so that Dr Schär could see how the various products went down in comparison to mainstream bread.

Dr Schaer are running multiple panels, in a variety of different places, and at different times, but at the one I went to it was noticeable that:

We may or may not have been a representative group; it was an afternoon session, so younger or middle-aged people would have been at school, as my daughter was, or at work.

It was a double-blind test, so I can’t tell you which brands we were tasting, but being able to compare the breads directly was interesting. Because of expense, naturally, it is unlikely that coeliacs would get such an opportunity very often. It would be extremely interesting to know which brands I preferred!

The breads did vary enormously in all aspects, from smell to texture, and one of the questions asked was quite revealing.

For each of the top-ranked and bottom-ranked breads, what was the main reason for its position on the list: appearance, smell, taste, or texture?

Before doing the test, I’d have thought that for me the taste would be the most important. But it turns out that – for me – texture (or mouth-feel) is the most significant element in rating the bread. No doubt, for other participants, other factors, such as smell, might have been more significant.

I wish I’d been able to take my daughter, as I could have found out what she thought too, and perhaps identified a brand of bread she’d prefer to our current favourites.

What do you look for in a gluten free bread?