You are here: Home / Living Gluten Free / Update on Fria 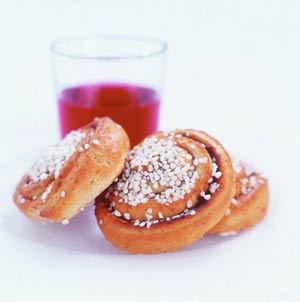 You may remember that I went to the launch of Fria in the UK, at John Lewis in London. (Always a pleasure, going to JL).

I was delighted to see a note from Bronte to let us know that you can get Fria products at Scandikitchen (also in London, though you can order online too… If you’re a fan of Scandinavian goodies, do go and look at their shop).

But there’s more! Fria is now available via Gluten Free Foods Direct as well. For those of us who don’t live in London, this is good news – and I’ve used GFF Direct on and off for years now, so they are well-established in the gluten free world.

I’ll be there. I’m hoping they’ll have some of those cinnamon swirls you can see in the picture above – they look fab, don’t they?